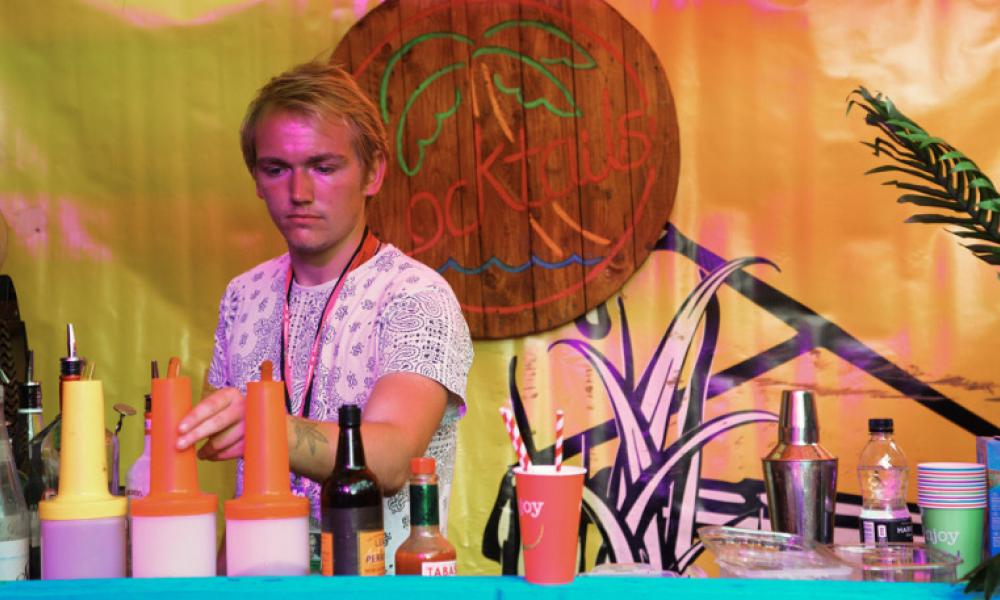 Over the last 30 years the Workers Beer Company has been our vital fundraising arm helping to achieve our aims says BWTUC.

Battersea and Wandsworth Trades Union Council is holding a reception on the Glastonbury Festival site on Tuesday evening 21st June to mark the 30th anniversary of its wholly owned Workers Beer Company running bars at the Festival since 1986.

The Workers Beer Company was established by BWTUC in late 1985 as a fundraising arm. It was selected by Michael Eavis to run the bars at the Glastonbury Festival in 1986 and the years since.

The company has since grown to be one of the leading operator of volume bars at festivals in the UK and Ireland. A unique feature is that all the front-line staff in our bars are volunteers. They are from trade union branches, the labour movement, grassroots organisations, community groups and charities. For every hour they work, money is paid to the organisations, campaigns and charities they represent. Many millions have of pounds have been raised in this way. See notes to editors below for the current list of server organisations.

The reception will be attended by the almost 1,000 crew to staff the bars in 2016. A new booklet celebrating the history of 30 years of fundraising by the trades union owned company will be launched. The content of the booklet is available at www.bwtuc.org.uk.

Seamus Mac Bride, President of BWTUC, said " This is a proud moment for our local trades union council in South West London.

We have grown Workers Beer Company from a very small operation in 1985 into a very effective and efficient volume bars operator at festivals in Britain and Ireland over 30 years.

We want to publicly thank Michael Eavis for giving us the break 30 years ago and for keeping faith in us. Michael should be proud that this successful fundraising organisation is yet another spin off from the world famous Glastonbury Festival.

We also want to thank Tony Hollingsworth for opening the door for us. We wish to put on record our thanks to Melvin Benn, a past President of BWTUC and founder member of Workers Beer Company who has since become a major force in music festivals in the UK and Ireland for his enduring support.

Volunteers from the server organisations and the crews are at the heart of the Workers Beer Company. The volunteers are a constant source of inspiration. We owe each and every one of them our special thanks for the wonderful service that they have provided festival goers for three decades and for the millions of pounds they have raised in the process. We are also grateful to our planning and other staff over the years for their hard work and dedication to the cause. This also applies to the contractors and suppliers and their staff. All these people working together moved festival bars from the cottage industry it was to the streamlined operation on festival sites today.

We will also have another event next month in our Bread and Roses pub in South London to thank the server organisations that supply the servers for the bars and all those who have volunteered their time for 30 years of fundraising.

BWTUC established in 1894 has a proud record as part of the campaign for economic and social justice. Over the last 30 years the Workers Beer Company has been our vital and innovative fundraising arm helping to achieve our aims."