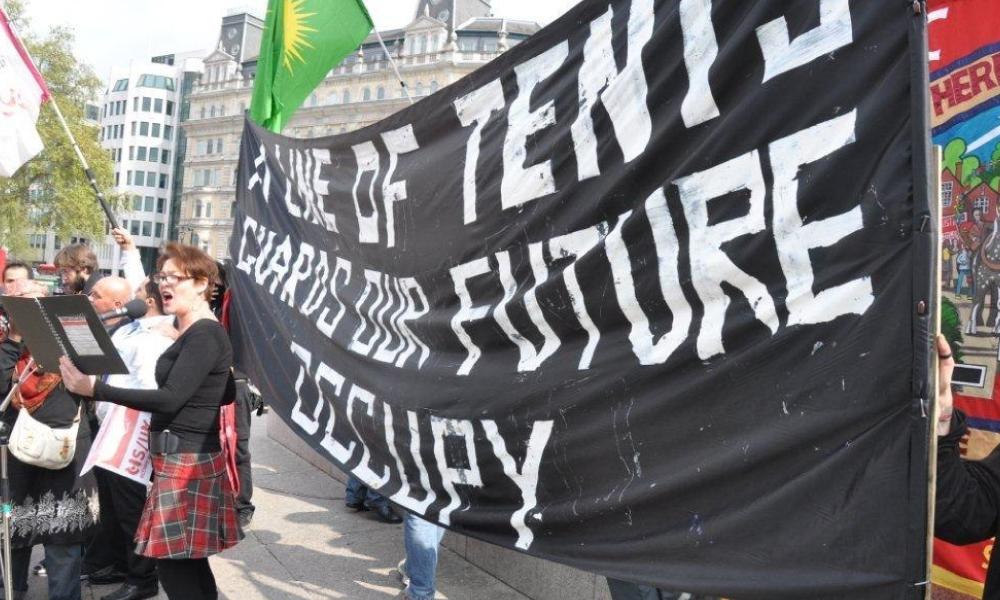 The Chelsea Estate currently has 462 flats for affordable housing and the submitted plans intend for this to be reduced to 316, a net loss of 146 social units. The proposed development will have 106 additional 1, 2, 3, and 4 bedroom flats, town and mews houses for private sale at a cost of between £1.77m and £5.02m generating an estimated £351m.

Last month GMB estimated that Sutton Trust will make £130 million profit from the redevelopment and sale of 2 acres (44% of total) of land in Chelsea acquired by a Victorian philanthropist for social housing while it reduces the number of social dwellings by 146.

The Sutton Dwellings Trust was founded under the will of William Sutton, dated 15 August 1894, leaving £1.5m for ‘the provision of model low-rented dwellings for occupation by the poor of London and other towns and populous places’ with The Chelsea Estate being built in 1913.

GMB objection makes clear that proposal goes against The Royal Borough of Kensington and Chelsea Consolidated Local Plan which states that where the redevelopment of social rented housing estates is proposed ‘the maximum reasonable amount of affordable housing, with the minimum being no net loss of existing social rented provision.’

It also goes against policy 3.14 of the London Plan which states ‘loss of housing, including affordable housing, should be resisted unless the housing is replaced at existing or higher densities with at least equivalent floorspace.’

Gary Doolan, GMB political officer, said “The Affinity Sutton claim that their approach to Estate Renewal is in accordance with the London Plan and the RBKC Local Plan and that the ‘application provides for a quantitative and qualitative enhancement of affordable housing’ is utterly contemptible and we hope the Planning Committee are able to see through this attempt to mislead those not familiar with all the facts and figures.

The fact that Affinity Sutton have run blocks A-D down through lack of maintenance and refurbishment is irrelevant – these blocks are still a part of the existing estate and should be included in the overall calculations of affordable housing. To claim otherwise is inaccurate and flawed. No amount of smoke and mirrors should detract from the fact that there is going to be a loss of 146 units if this plans gets the go ahead.

It is of primary importance that key workers have the ability to remain in the borough to service hospitals, schools and other public services within the community where they live. This development will do nothing to alleviate the situation and will only exacerbate the problem. In 2015 the median monthly rent in Kensington and Chelsea is £2,708, a figure well out of reach of key workers.

Our recommendation is that this planning be refused, sent back to the drawing board to ensure significantly more of the development is made up of social housing. To do otherwise would be a breach of the Core Strategy, make a mockery of the Local Plan and the London Plan and is not in accordance with The Localism Act. This would undermine statutory local plan policies.”