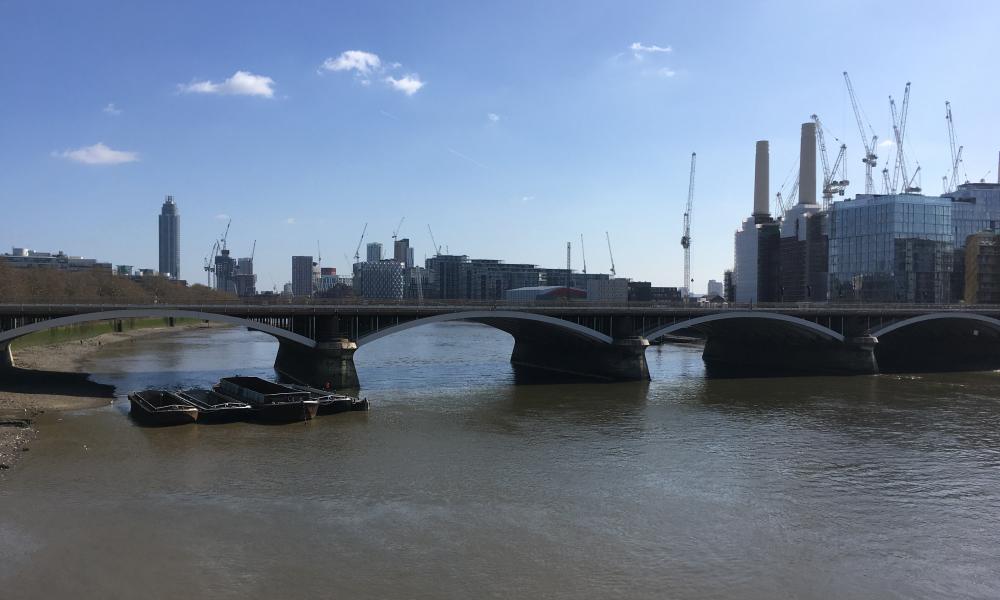 BWTUC demand that TFL and Mayor follow on scrapping Garden Bridge by abandoning plan for Nine Elms Bridge, that nobody except the property developers want.

With the demands on public money so great the Mayor and TFl must make clear to the Tories in Wandsworth that this vanity project must be abandoned too says BWTUC.

Battersea and Wandsworth Trades Union Council is calling on the Mayor and TFL to follow up pulling the plug on the Garden Bridge by also abandoning the proposed Thames crossing between Nine Elms and Pimlico promoted by Wandsworth Tory Council.

BWTUC has been supporting the campaign for the past 18 months calling on Transport For London to abandon plans to spend up to £100 million on an unnecessary New Thames Crossing 350 yards from Vauxhall Bridge.

Unlike further east in London there is no demand from local people for a new Thames river crossing on the very good grounds that there is absolutely no need for it.

The campaign is also calling for no further taxpayer’s monies to be spent on the project. Wandsworth Council has already given taxpayers money to this project.

The local campaign considers that a new Thames River crossing at this location is not needed and if funds are available they should be spent on new crossings further east of the Blackwall Tunnel. The official plans show that it would save cyclists 1 minute and pedestrians 7 minutes. There is widespread opposition to this use of public money on both sides of the river.

Spencer Barnshaw, BWTUC secretary, said "Wandsworth Tories are so out of touch that they backed spending up to £100m on a bridge no one wants. Their defeat last June in the general election in two local seats is linked to their being out of touch with the priorities of the local community.

What we have here are property developers attempting to dictate that up to £100m of very scarce public money be spent on a new crossing a few minutes away from the existing Vauxhall Bridge.

Vauxhall Bridge already has two pedestrian footpaths and a two way, two lane full width cycleway. Unlike further east in London, there is no demand from local people for a new Thames river crossing on the very good grounds that there is absolutely no need for it.

Over the last four years in Wandsworth unions has campaigned against sale of school playing fields, abandoning the meals on wheels service, closure of libraries, adventure playgrounds, One O'clock clubs, cuts to youth provision, school crossing patrols, and against the pay to play schemes like to one in Battersea Park.

With the demands on public money so great the Mayor and TFL must force the Tories in Wandsworth to rediscover the language of priorities and abandon this vanity project."

RT @LoveBattersea1: Missing whilst travelling between #ClaphamJunction in #Battersea, and Brixton. If anyone has information and can he… https://t.co/zQnh0bWJlw

RT @Booktrust: Too many children have fallen further behind during lockdown. You can help open up new worlds through reading. #OpenUpAFuture 📖